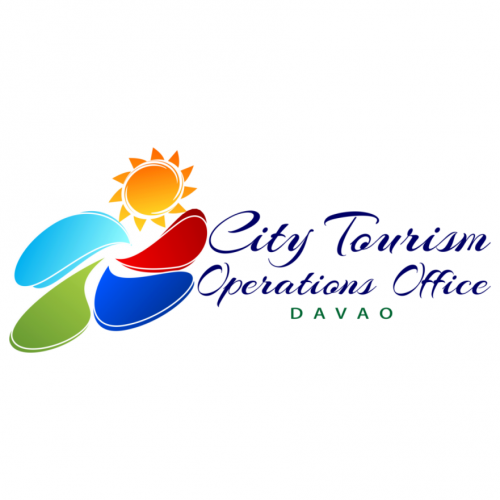 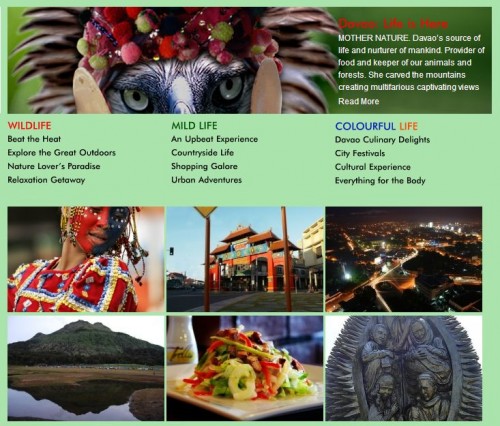 The City Tourism Operations Office (CTOO) aims to make Davao City as the premier tourism center in Mindanao by coming up with projects and programs which will highlight the indigenous culture of Davao City. It will also actively participate in various national and international trade fairs wherein the city can showcase its world-class tourism products and services. The CTOO will also come up with various campaigns through symposia, video presentations, etc. to different venues to create awareness in the importance of tourism.

On the onset of the administration Davao City Mayor Sara Duterte, the City Government has declared the five key areas that it will focus on: peace and order, education, effective delivery of social services, investment promotion and generation, and tourism. The administration of Mayor Sara Duterte aims to make Davao City the premier leisure and investment destination of the country while maintaining a stable environment for development and becoming the rallying point for Mindanao. Reaping the rewards of the previous administration, Davao City has gained a robust foundation for peace and security, ultimately paving the way for the city to rebuild a favorable environment for business, commerce and tourism.

Based on the Department of Tourism’s 2010 report, Davao Region had total arrivals of 913,182 visitors, and more than half of this figure or 682,821 were Davao City’s tourists – making the city the No. 6 tourist destination in the country last year. Among the reasons why tourists visit Davao City are following: being in a typhoon-free zone; having unique eco-tourism and cultural resources, attractions and activities; strategic location with a number of flights, shipping routes and land trips; competitive cost advantage/value for money; most prepared city to respond to emergency; availability of world class public and private utilities, services and infrastructure; highly skilled and educated population; safe and clean destination; and the city government’s strong partnership with the private sector.

At present, the city government is currently embarking on a new tourism campaign that captures Davao City’s abundance of eco-tourism assets and practices as well as its diverse multi-cultural populace and heritage. 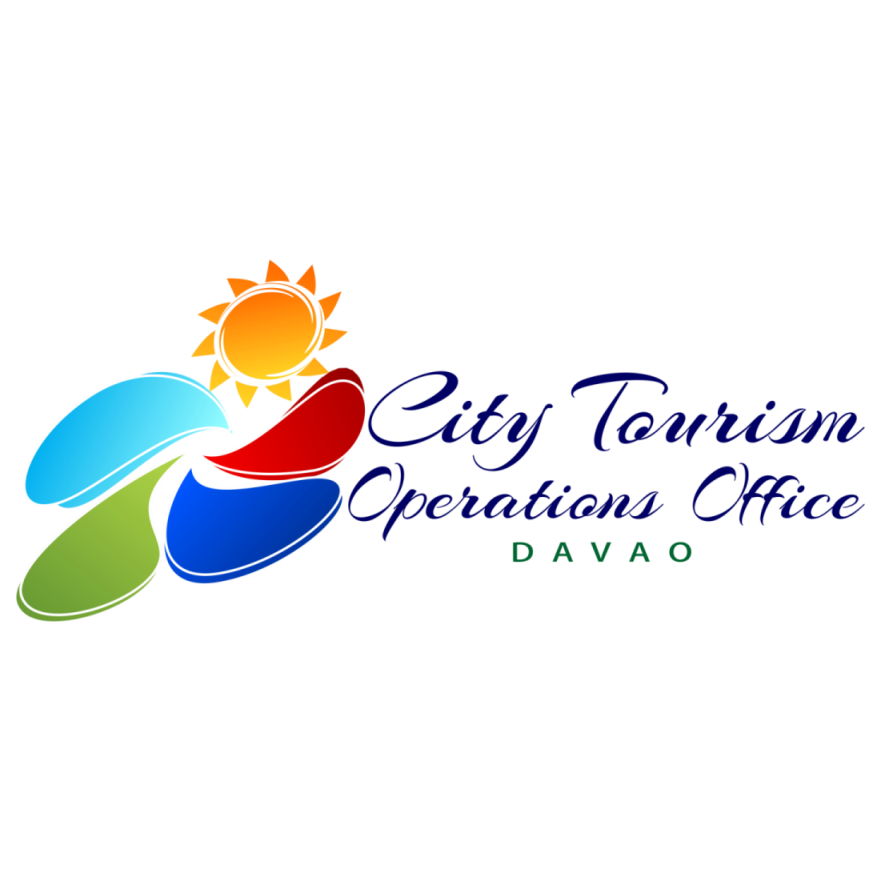 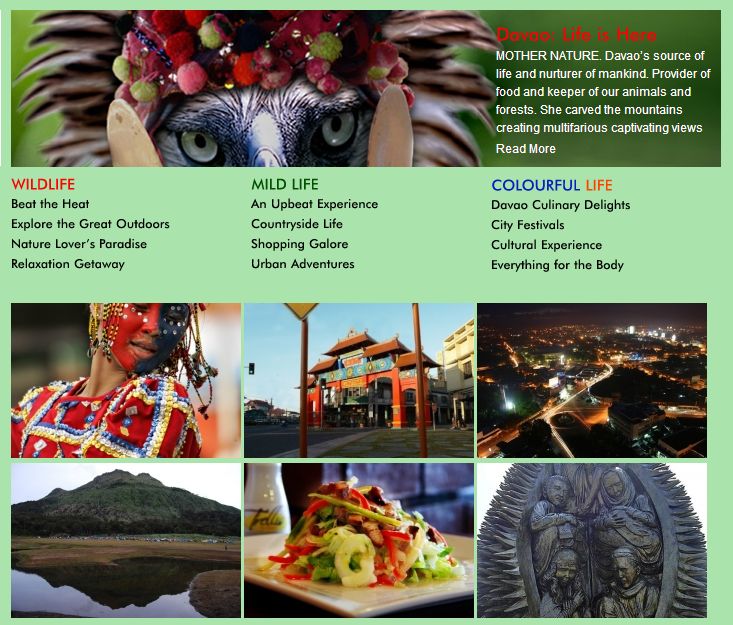