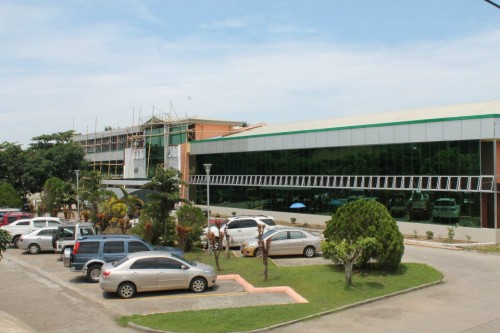 Davao Adventist Hospital is one of the more than 400 health-care facilities worldwide that is operated in affiliation with the Seventh-Day Adventist Church.

The idea of establishing a medical institution in Davao was conceived in the early 1960’s by the South Philippine Union Mission (SPUM) leaders with office then situated at Davao City. This became a reality when a clinic bearing the name Davao Sanitarium and Hospital was fomally opened in 1966 located at San Vicente Building, along Tiongco Avenue, Davao City with Dr. and Mrs. Perfecto L. Llaguno and Ms. Minda Reyes Manning the clinic.Shortly thereafter, the church leaders saw the need to expand to accommodate more patients so on May 23, 1966 Prinitivo T. Reyes, SPUM Secretary-Treasurer signed the deed of sale of a two-hectare lot along Km 7, Mc Arthur Highway, Bangkal, Davao City from Senator and Mrs. Alejandro D. Almendras. In this lot a church and later a clinic was built.

Other items listed by Jigs