DAVAO CITY, Philippines – Aeon Towers, dubbed as “the most iconic building project in Davao city” to date, broke ground on 30th of May, 2013, marking the start of full-swing construction of this 3.1 billion-worth mixed-use facility — a 33-storey structure that will soon tower the city’s skyline, along J.P. Laurel Avenue, near the Ayala Complex. 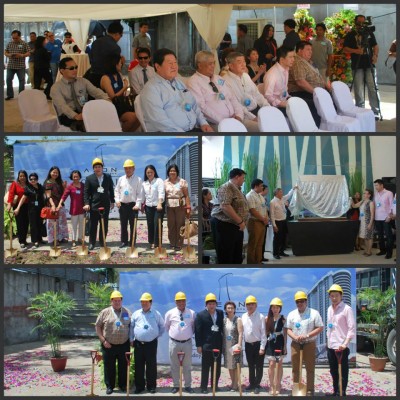 The ground breaking ceremony was led by FTC Group of Companies President Ian Y. Cruz, who delivered a warm and optimistic message before the  guests. In his speech, he thanked his family and the rest of the company’s backbone, as well as the project partners from different institutions, for the ‘realization’ of this business endeavor.

Notable persons who were present in the event, apart from the Cruz family, who held the ceremonial shovels were Philippine Business Bank’s President Rolando Avante (PBB is the financial institution that will fund the construction); Ian Campbell of I.A. Campbell & Associates, Inc. (the construction/project development partner of Aeon Towers); Jayson Magnaye of City Tourism Office, who relayed the congratulatory message from Mayor Sara Duterte. 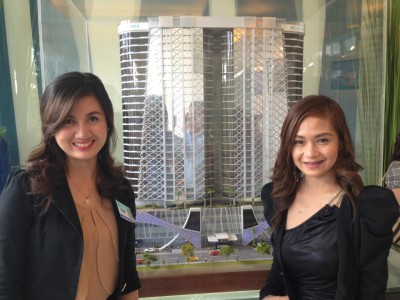 Following the ceremonial shovels was the unveiling of Aeon Towers scale model, still led by the Cruz family and its associates, where it was welcomed with warm applause from the guests.

The event ended after a buffet lunch celebration and giveaways.

CORRECTION: We have confirmed that the project budget is 3.1 billion pesos – not 2.5 billion as previously reported .